Is There a Hole in the Boat? Tales of Travel in Panama without a Car Darrin DuFord

Some contain nothing but funny stories about their travels. I read, I laugh, but not much of these stories actually stick with me for any length of time. When asked, I. After a nice snorkel and some lunch, we set off to walk around the small island with a Kuna village of what seemed like just a few dozen people. It only took about 15 minutes for a slow walk around the entire island during this overcast afternoon. By dusk it was time to retire back to the Mintaka. We were well rested and the clouds had cleared up nicely. Dolphins jumped alongside the boat as if to greet us while we spotted small remote islands in the distance.

Ahhh, now this was what we signed up for.

Upon reaching the islands we went for another snorkel and the reef there was amazing. Colorful live coral abounded while schools of fish and other marine life swam around. In certain spots wave broke on this shallow reef and you would need to be careful to avoid getting sucked in to the wave. Lifting your head out of the water to clear your mask revealed pristine seclude palm-tree lined beaches. It was hard to determine if the more beautiful site was above or below the water. After a swim back to the boat, we then went onto the island. Myself and the other guys on our sailing trip jumped in to help them out.

They were very thankful and appreciative of our assistance. Meanwhile our captain was searching around the island for the chief and his wife. They all turned back up and after introductions we were seated and treated to fresh coconut water. One of the men who we helped with the boat came back to crack the fresh coconuts for us, one by one.

Chief Julio and his wife were very friendly and welcoming. The chief spoke some Spanish but his wife only spoke the Kuna language. As we cruised up in the morning, we could see that this cluster of islands was absolutely stunning and truly postcard worthy. The waters were magnificent shade of light blue and crystal clear.

I found the snorkeling here to be the best of three destinations. Visibility was probably dozens of feet and fish were everywhere. But it was also enjoyable to just float and relax in the ocean on the side of the boat and relish the amazing water with serine island vistas that surrounded. The two of us decided to briefly break away and take a quick swim over to a little nearby island to have a look around. There we ran into a Kuna man who was chopping down coconuts with a machete. We were unaware the island carried an entrance fee so we had not brought any cash with us during our swim over.

Okay, that was our cue to get back in the water and quickly swim to the boat. Soon after, this pirate-of-sorts, motored his wooden dinghy up to our sailboat and demanded money from each person onboard. He looked as if he might try to board the Mintaka. But our captain sternly told the crazed Kuna man to leave.

Much yelling ensued back-and-forth. Apparently this guy was drunk and just acting foolish. But he was very angry, passionate, and had a machete; all of which definitely made us a bit nervous. Nevertheless Captain Manfred firmly stood his ground and after about five minutes of yelling, the drunken Kuna man went off to harass the few other boats anchored in this harbor.

This island took no more than about three minutes to walk around the entire perimeter, which had pristine beaches and palm tree clusters in the middle. It was truly paradise. It would have been very easy to just waste the entire day away here. As we sat on this island, no one wanted to leave. The last several days had been very easy sailing, mostly behind protective barrier reefs.

But now it would be time to cut across the open ocean from Panama to Colombia. These other boats were instead waiting it out for the seas to calm before continuing onward. Their comments were not very encouraging but Manfred just shrugged it off. This final portion of our voyage would take about 40 hours total with no more islands to break up the trip along the way.

After our awful first night, we were absolutely dreading what was about to take place over the next two nights and day. But at least this time, we were prepared.


As we sailed off towards Colombia, the sun dipped down into the horizon and the seas predictably began churning up. It was slightly eerie but also awesome being out in the middle of the ocean with a pitch-black backdrop and nothing else around for miles and miles. But around midnight we saw a dim light that was getting closer and closer. Manfred seemed thrown-off because the colored lights were not in the correct spot for a sailing vessel. In a matter of seconds we realized we were going to be in a collision with this other boat, which seemed to have just sprung up out of nowhere.

We made a sharp-left degree turn to avoid hitting the sailboat that appeared to be spinning in place in the middle of the ocean. Manfred had theorized the person at the helm of the other boat had fallen asleep at the wheel. It was also a nice diversion to keep our minds away from all the rocking that was taking place. We were going over huge swells. Up and down, several feet, over and over. We all felt pretty nauseous but the seasickness medication seemed to be doing its trick too, as we also were getting sleepy. The seas were even rougher than during our first night.

But we were becoming more accustomed to sailing life, prepared ourselves better and managed to get a few hours of broken sleep this time. Tim Moore. Dom Joly. Bestselling Series.

Harry Potter. Popular Features. New Releases. Tales of Travel in Panama without a Car. Free delivery worldwide. Description Darrin DuFord hikes, bribes, and barters his way across Panama, an overlooked filament of the tropics. Sampling barbecued jungle rodent and corn homebrew, DuFord encounters a land where the machete can slash through just about anything, --except the nation''s spirit. 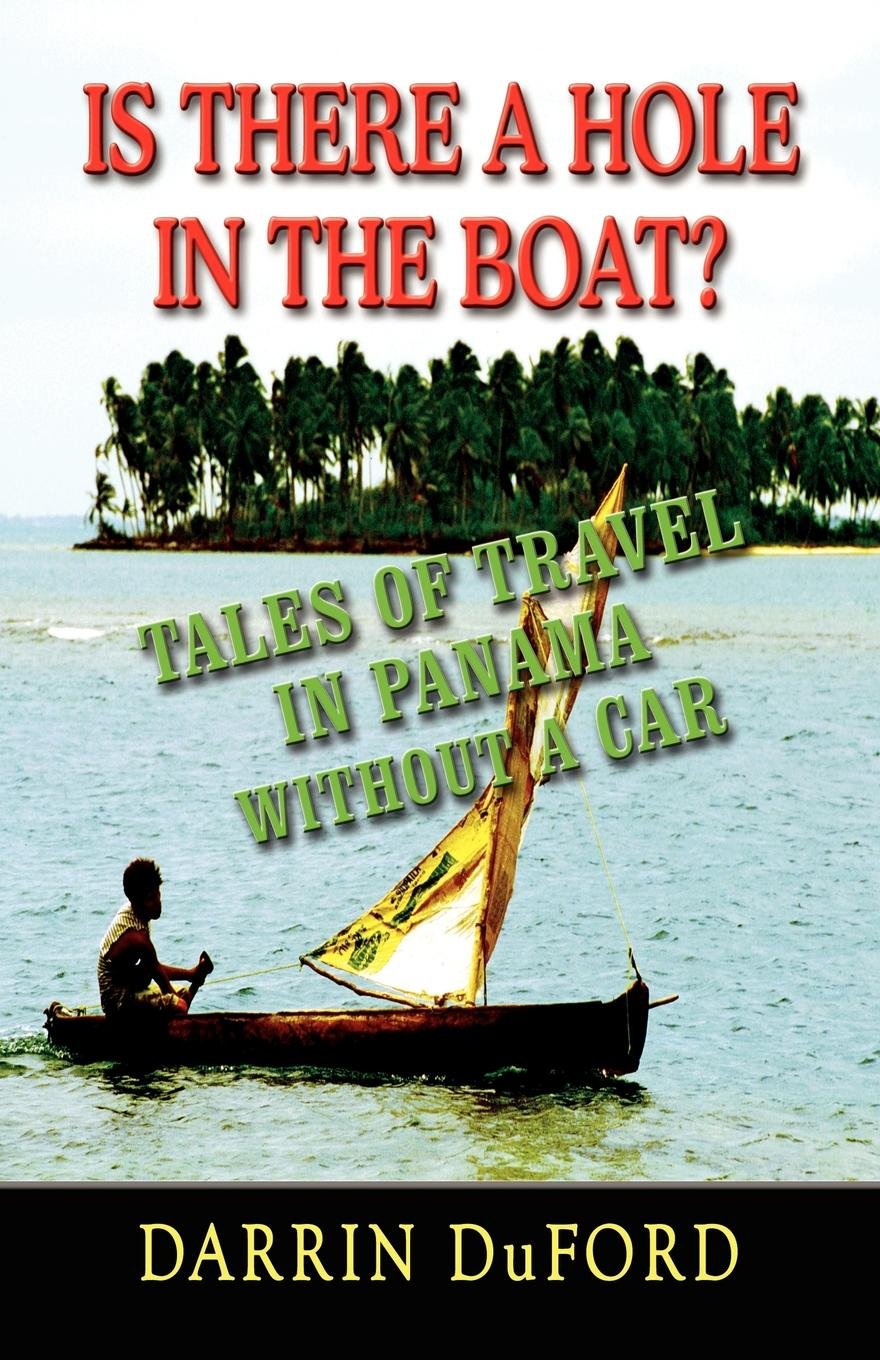 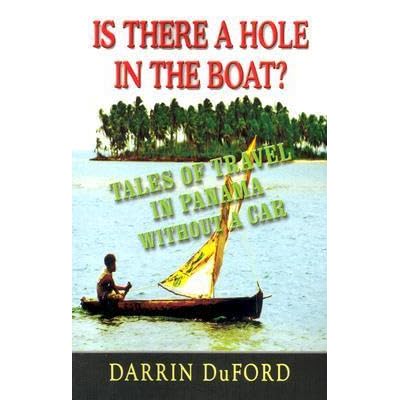 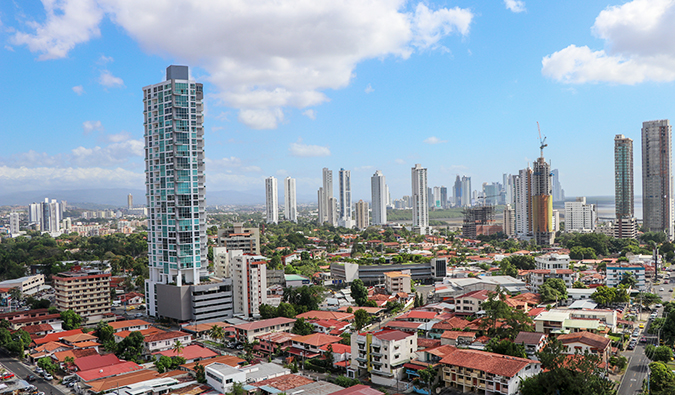 Related Is There a Hole in the Boat? Tales of Travel in Panama without a Car